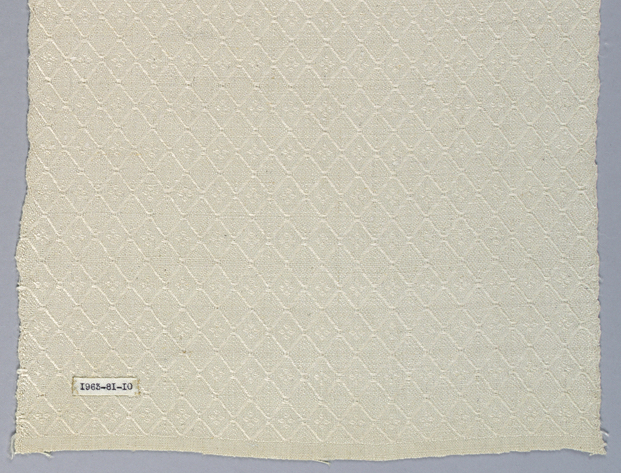 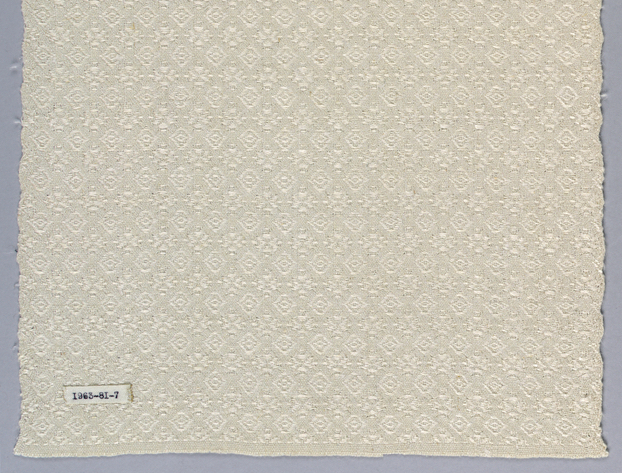 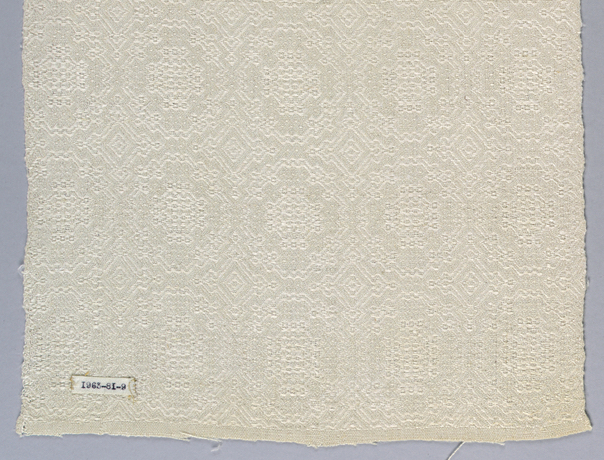 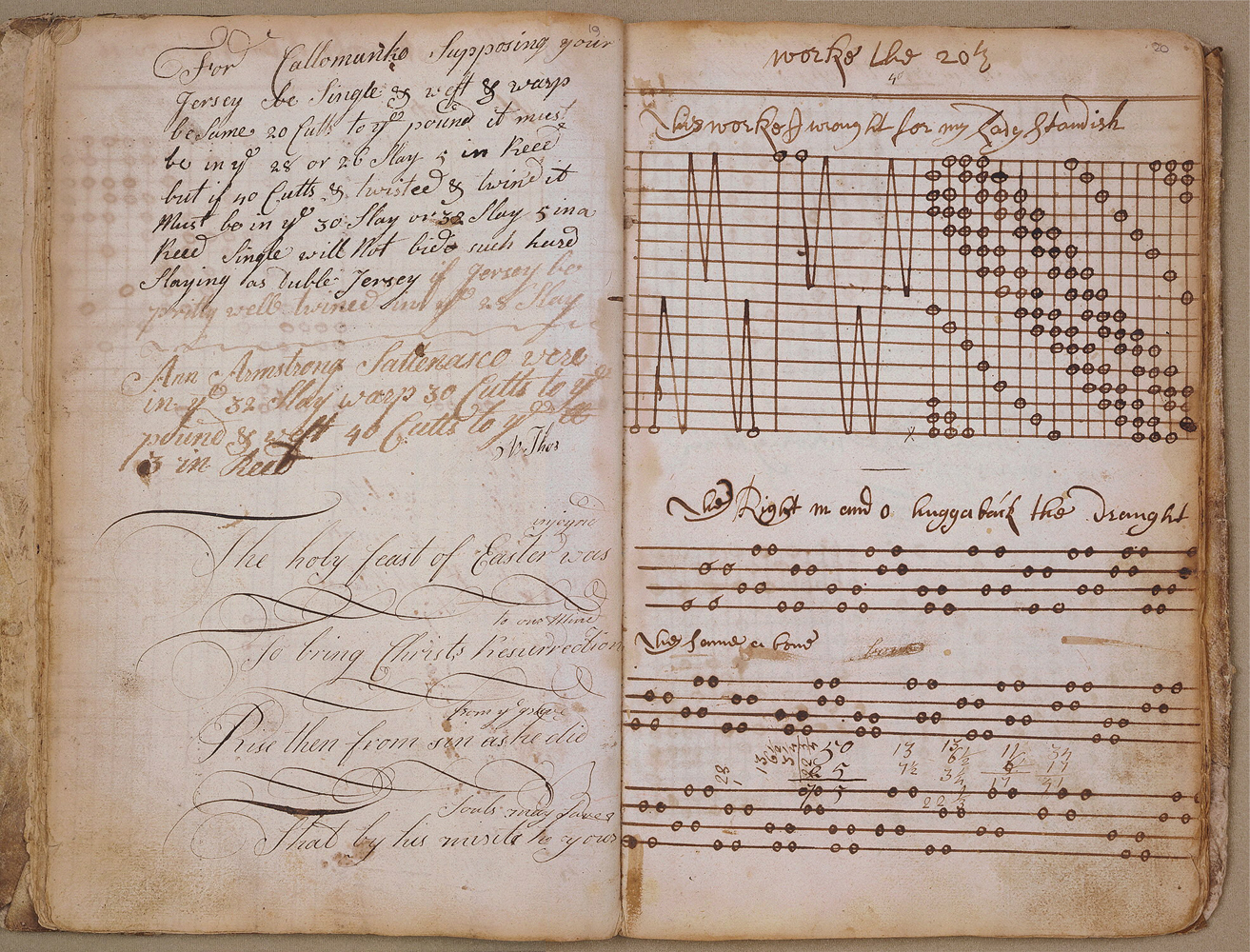 I went looking for Thomas Jackson and found Ralph Watson.

Back in the early days of coronavirus lockdown, stuck at home and spending too much time browsing the internet, I came across a beautiful collection of linen cloths on the Cooper Hewitt Museum’s website. The rather enigmatic caption under the forty-one photographs read: Woven Example After Jackson (USA). No attribution, no date. I had no idea what “After Jackson” meant.

It took a bit of digging but I eventually discovered that the name Jackson refers to three generations of weavers living somewhere near the village of Kirkleatham in the North Riding of Yorkshire in the seventeenth and eighteenth centuries. Father, son and grandson, all called Thomas. Thomas Jackson Junior, Thomas Jackson the third, and Thomas Jackson the fourth. They left behind a record book. Forty of its sixty-six pages contain weaving drafts and instructions, dated from 1689 to 1769. Stripes, twills, damasks, diapers, huggabacks, petticoats, callomanks, satonettes. To be woven in linen or wool, or a mixture: ‘linsy wonsey’.

The Thomas Jackson manuscript was acquired by the Cooper Union Museum in New York in 1958. Sometime between then and 1964, a certain Alice Pastoret MacDonald transcribed all the patterns in the manuscript and wove three sets of samples. Given the number and range of drafts, that’s quite a feat. She donated one set of samples to the Cooper Union, which I assume are the “After Jackson” cloths now on the Cooper-Hewitt’s website, although Alice MacDonald is not mentioned.

She donated another set of the samples to the Shuttle Craft Guild of America, who published a monograph called “Thomas Jackson, Weaver: 17th and 18th Century Records,” with images of Alice MacDonald’s samples and text by Harriet Tidball, in 1964. It’s now out of print but I found a second-hand copy, which is where most of what I know about Thomas Jackson comes from. The monograph contains a few images of the manuscript, but I wanted to see more.

I couldn’t find any trace of the Thomas Jackson manuscript on the Cooper Hewitt’s website, so I emailed the curator of textiles, and asked if she might be able to send some images. She couldn’t, because she was working from home, but she found a note on the database written by former V&A curator John Styles. This included a reference to another slightly later pattern book in the North Yorkshire archives, by a weaver from Aiskew, near Bedale, about 30 miles away from Kirkleatham.

It didn’t take long to find this on the National Archives database, where it is listed as The Weaver’s Guide: linen designs by Ralph Watson of Aiskew 18th cent (Ref:Z371). In October I emailed the North Yorkshire County Records Office, who hold the manuscript, and for a small fee they sent me digital scans. 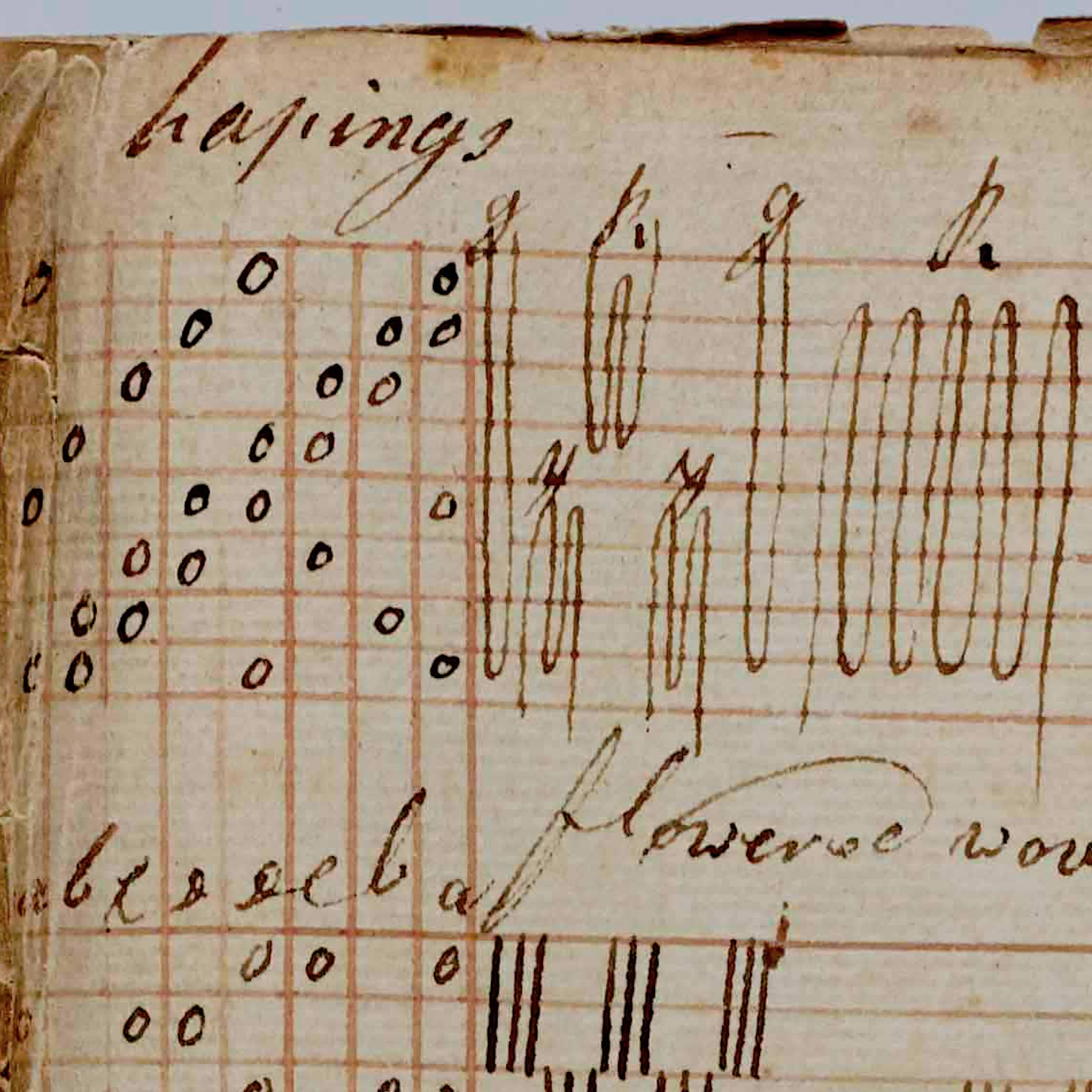 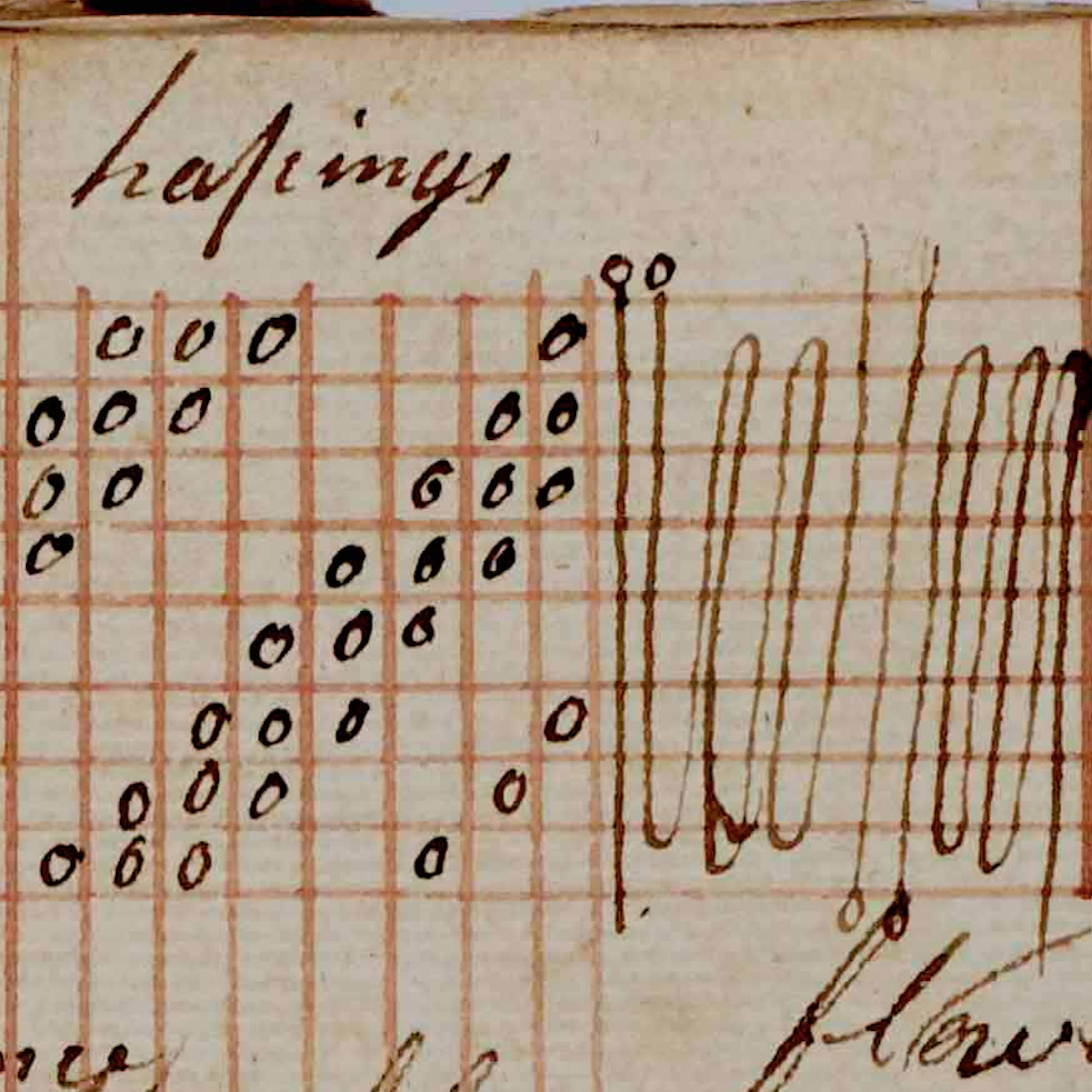 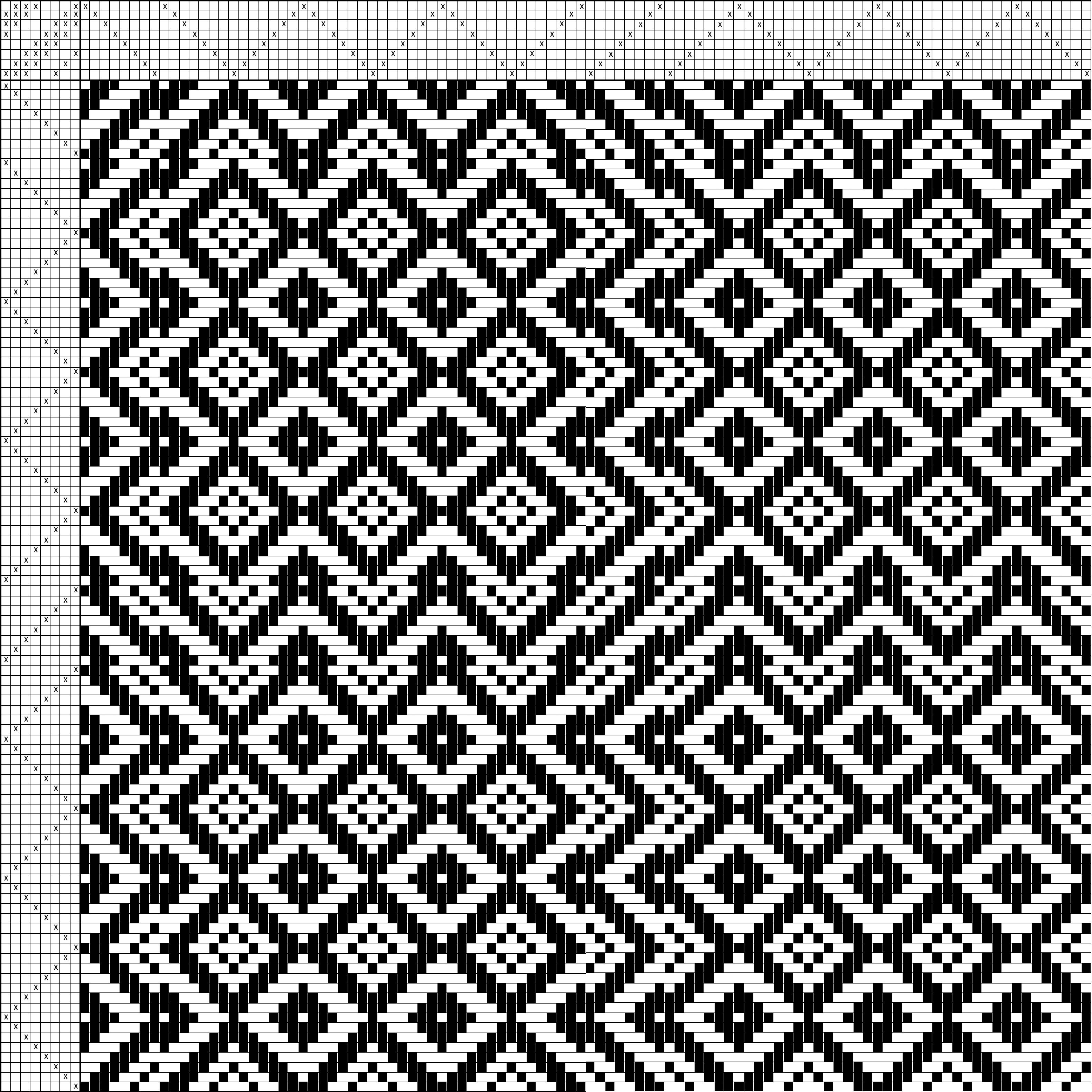 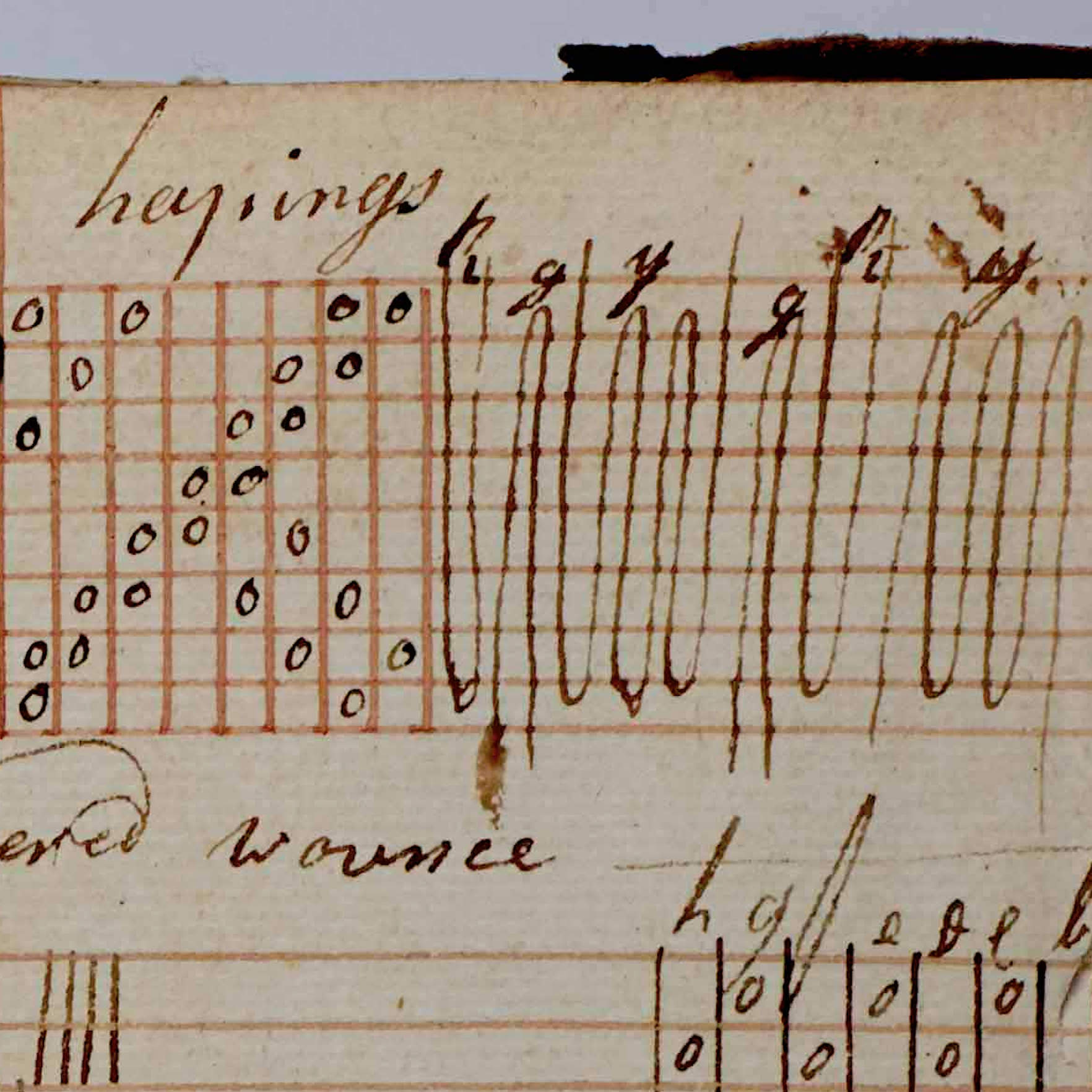 Most of the hundred and fifty pages of the Ralph Watson manuscript are taken up with drawings of block diaper patterns, with titles such as “The Keel Man’s Frolic” and “The Deep Wounds of Calder”. Towards the back, however, is a single page of pattern drafts for ‘hapings’, ‘flowered wounce’, ‘damask twill’, ‘huckaback’, ‘buble damask’, and ‘bird eye’. These are inscribed in concise weavers’ notation, indicating the threading draft and loom tie-up. Unlike the block diaper patterns, these drafts give no indication of the cloth’s appearance.

Each felt like a secret to be unlocked, and so I set about transcribing the drafts to get a sense of what these cloths might be like. In January I started weaving a sample of the first ‘hapings’ draft.

I’ll try to post again soon with an update on my progress.